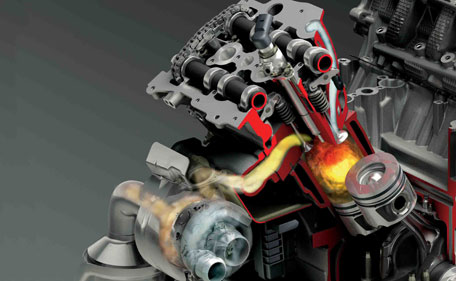 Stop replacing the same parts over and over, Fuel is the Problem

Diesel fuel has been identified by at least one OEM as a Root Cause of Engine Fuel System (pump and injector), EGR, EGR Cooler, Sensor, and Turbocharger failures.

TSB 08-2-7 stating that ?Some vehicles with a 6.0L diesel engine may exhibit white smoke, black smoke, lack of power, exhaust odor, surges, or no start as a result of excessive coking deposits (un-combusted or incompletely combusted hydrocarbons). The root cause of the coking must be corrected or the coking may reoccur?.

Later some companies developed systems to ?flush? the EGR?s and Coolers. Flushing will temporarily improve the operation of the engine, however this type of repair lasts only a short time and the initial problems usually reoccurs.

Oftentimes the same parts are replaced many times and then you have the problem where the one part that is not functioning correctly causes other related parts to fail.

In these instances it is vitally important to determine the root cause of these failures. There is a suggested method to do this:

Today the Root Cause of 80% to 85% of the diesel engine fuel system related problems is poor fuel quality and fuel characteristics.

In the case of the problems described above on the Ford 6.0L and most of the fuel system and related problems found with other diesel engines, the Root Cause of the Failure is poor fuel quality. You can replace parts and flush till the cows come home and you will continue to have the same problems over and over and over again.

Note: Albert Einstein once described insanity as: Doing the same thing over and over again and expecting different results?.

Ford has recommended the use of a Cetane Booster and Performance Improver to improve fuel quality and reduce coking and un-combusted fuel problems.

This is not a Ford only or PowerStroke only problem. Every engine manufacturer has to deal with these problems in one form or another.

Complete Fuel Treatment goes to the root cause and fixes it before the engine system problems occur.