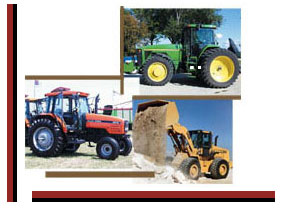 As of June 1st, 2007 refiners and distributors of Non-Road or Off-Highway Diesel, which is designated NRLMwill be required by the US EPA to dramatically reduce the sulfur content in these fuels.

Diesel Fuel which is used for agricultural, power generation, construction, locomotives, and marine will go from High Sulfur (HSD or S-5000) to Low Sulfur (LSD or S500).

This fuel will be more expensive, have far less lubricity (the ability of the fuel to lubricate pumps and injectors), will hold a higher percentage of dissolved water, will have less thermal and oxidative stability, and will cause more repair/maintenance problems for the end user.

There are further compounding problems for distributors and end users of these fuels.

First we need to understand how the law and regulations have been written by the EPA and ASTM regarding sulfur content in fuels.

Red dye indicates that no federal highway use tax has been paid on a given fuel. Red dye tells a used nothing about the grade or quality of any fuel. The idea that red dye indicates heating fuel is mistaken. A red dyed fuel may be heating oil or it may be any grade of diesel fuel.

To make things even more complicated, the EPA believes that a significant number of off-highway fuel users have in the past or may in the future attempt to purchase and use heating fuel for NRLM purposes. To control this problem, the EPA is requiring that starting in June of 2007 distributors in most of the US begin adding a marker dye to heating fuels. This marker dye is referred to as Yellow Dye 124 and will be used at a very low level. The low level being used may not even be visible to the naked eye; however detection devices will easily pick it up. The EPA will then pursue and prosecute the offender(s).

The major refiners in general, do not feel that the volume of NRLM fuel justifies production, transportation, and storage of this fuel. Even if it is available from refiners, most distributors do not have enough storage capacity to stock #2 ULSD, #2 LSD, Heating Oil, #1HSD, #1ULSD, Jet-A, and so on. The result is that in most markets LSD S-500 fuel will not actually be available.

The next surprise is that in many markets, all this has already started. So you may well have been getting ULSD for some time now.

You cannot tell what level or grade of fuel you are getting by looking at it. The equipment necessary to test things like sulfur content, lubricity, Cetane level, etc. costs tens of thousands of dollars and is not practical for field use. There are companies selling various devices that claim to be able to test Cetane level via specific gravity. These devices are not accurate and should not be used.

The lowering of sulfur content in these NRLM fuels will have the following effects: